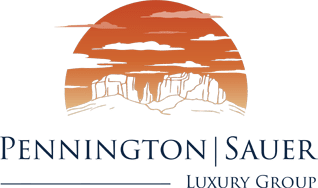 When considering moving to Sedona, knowing the 6 areas of Sedona is important in finding the right location of your next real estate purchase. West Sedona zip code 86336 is located at the southern end of Oak Creek Canyon, one of the most beautiful scenic drives in the west. “What is it like to live in Sedona?” is a question that I’ve been asked frequently. We, Ed Pennington and Jeanette Sauer, Realtors, currently live in West Sedona as their primary residence. West Sedona has three large grocery stores: Whole Foods, Safeway, and Bashas; a Harkins movie theater; the Mary Fischer Theater, Sedona’s premiere arthouse theatre venue, operated by the Sedona International Film Festival. It presents daily films & special events including award-winning independent and foreign films from around the world. West Sedona offers an abundance of excellent restaurants, such as Mariposa, Enchantment Resorts, Tii Gavo (open to the public); Dahl & Di Luca Ristorante Italiano; Gerardos Italian, just to name a few. There’s shopping, golf at Seven Canyons, high school, and middle & elementary school. West Sedona offers a small private airport but does not allow commercial flights from this small airport. Walt Disney stayed in West Sedona, where he got his inspiration to create “Thunder Mountain”. Property values under $1.5 have been climbing exponentially since 2015. We are surrounded by national forest, and there is very little opportunity for residential housing growth, unlike many popular Northern Arizona towns like Flagstaff and Prescott. Many who have visited Sedona love the beautiful drive from Cottonwood and Flagstaff coming into West Sedona from the scenic Highway 89A.

The Neighbors: Occupations
What we choose to do for a living reflects who we are. Each neighborhood has a different mix of occupations represented, and together these tell you about the neighborhood and help you understand if this neighborhood may fit your lifestyle.

In the West Sedona neighborhood, 46.5% of the working population is employed in executive, management, and professional occupations. The second most important occupational group in this neighborhood is sales and service jobs, from major sales accounts to working in fast-food restaurants, with 26.1% of the residents employed. Other residents here are employed in clerical, assistant, and tech support occupations (16.5%), and 11.0% in manufacturing and laborer occupations.